On holidays such as July 4th, Labor Day and Memorial Day, as well as bbq get-togethers with friends, it is fun to celebrate with outdoor party games.  There’s cornhole for the fraternity inspired crowd, croquet for the sophisticated crew, and lawn dice, horseshoes and bocce for families and everyone else. Wondering how to play bocce?  Bocce is a simple game that can be played with friends and even kids and coordinates with an outdoor BBQ on the lawn perfectly.  With a Pimm’s Cup or cold brewski in one hand and bocce ball in the other, here are the rules you’ll need to get your weekend BBQ off to some real fun!

Editor’s Note: Bocce can be played on grass, in the sand, or in a formal bocce court (as seen below).  At Stone Brewery in Liberty Station, there is a Bocce court where you can play whilst drinking away. 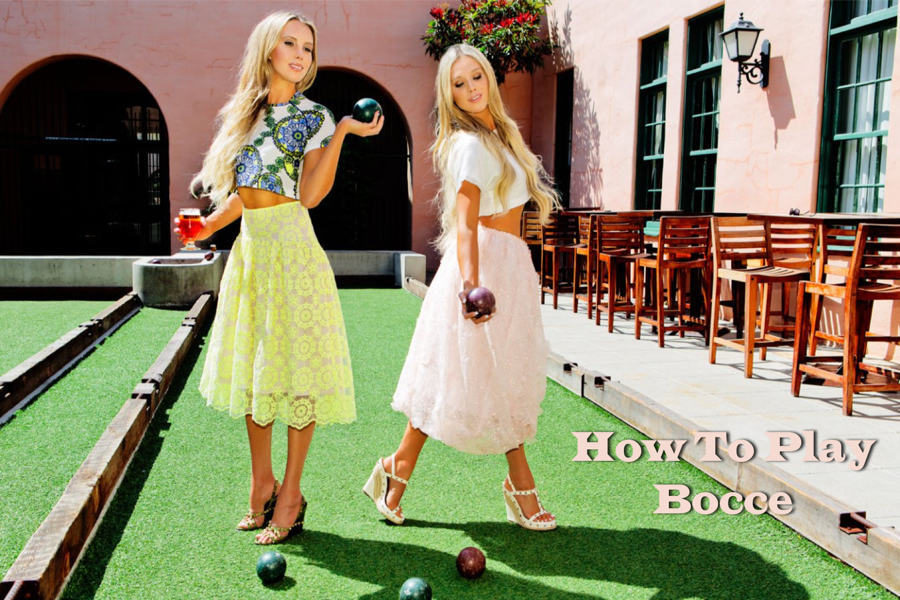 How To Play Bocce

Step 2: Choose which team begins. One of the players throws the smaller ball – the “jack” – into an area that is 16 feet in length and 8 ft from the far end of the court.  If the team misses twice, then the opposing team can place the jack anywhere in that area.

For more fabulous outdoor party games for adults like bocce, be sure to subscribe to our newsletter for weekly tips.