Big boobs? Don’t Care! …Wear a bra! Morgan Stewart, college dropout and star of new reality tv show on E!, Rich Kids of Beverly or #RichKidsofBeverlyHills, recently complained about her boobs bouncing around too much during her workout. Hello! That’s why girls wear sports bras!  She was wearing a spaghetti strap tank top with no bra, believe it or not!  Perhaps it had a built in bra?  Stewart complains during the episode saying,

I look like I’m from Kenya, my bleep are sagging below my waist – Morgan Stewart, Rich Kids of Beverly Hills

Definitely not a good image, Morgan!  Stewart is a self-named boob expert.  Although her blog is called Boobs and Loubs she appears to be rather ill-informed on boob care!  For as much as she loves her large boobs, you would think that Morgan Stewart would have a good bra, especially a sports bra!  We are still shocked Morgan Stewart has not broadcasted her bra size. Any guesses? We are guessing 32DD or 32DDD.  Below are 10 bras Morgan Stewart needs for her next workout – which is your fav? 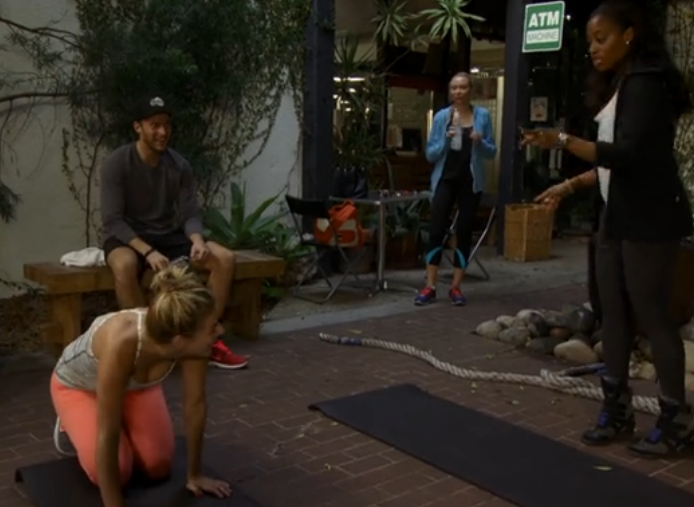 Morgan Stewart works out without a sports bra!

For more cool sports bras and Morgan Stewart style, be sure to subscribe to our newsletter in the right hand column above.