You may be wondering why the NFL players are all sporting pink gear this October and that’s great that you took the conscious effort to do a little research!  You may also be wondering why someone like Tom Brady is not wearing pink, when all of the rest of the players are.  Now that you are reading this, you are well aware that October is National Breast Cancer Awareness month and that means that it’s your duty to tell your Mom, Aunt, Granny, and/or lady friends over the age of 40 that it’s time to get their yearly mammogram checkup.  Why? Because, early detection can save their life!

The NFL’s campaign, “A Crucial Catch”, in partnership with the America Cancer Society, supports breast cancer awareness month by focusing on the importance of annual screenings for women 40 years and older.  During the month of October, players, coaches and referees will be wearing pink game apparel to help raise awareness and money for this very important campaign.  This month, you can also support breast cancer awareness by purchasing your own pink products, such as these Chan Luu bracelets whereby 50% of all proceeds are donated to breastcancer.org’s Think Pink, Live Green prevention initiative.  Love them!

The idea of NFL players wearing pink, pioneered by Deangelo Williams, is the best way to create awareness as the NFL draws the largest TV audiences and has tons of influence.  Nevertheless, it appears that players have a choice of how much pink they wish to wear during the game.  Clearly, Tom Brady is not representing the color pink – as witnessed during Sunday’s game against the Denver Broncos on October 7th, 2012 – but as an icon and one of the top quarterbacks in the National Football League, we feel he should be a much better representative of A Crucial Catch…don’t you think!?  Tell us in the comments section below how you feel about Tom’s overall decision NOT to represent pink during NBCAM. 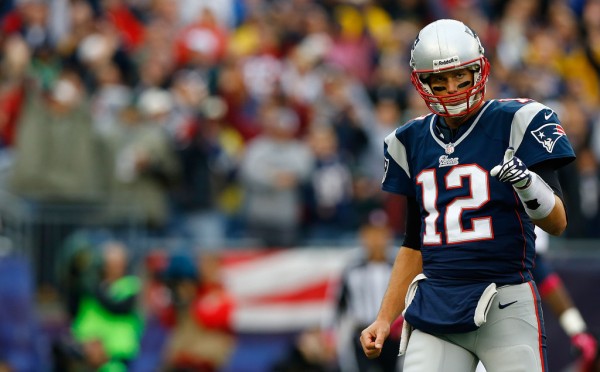 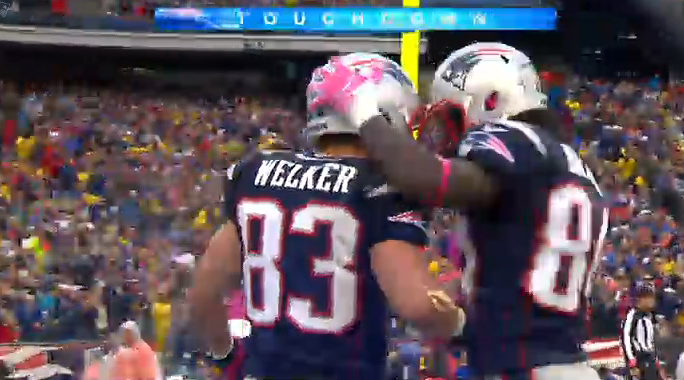 Patriots players are seen wearing pink gloves and arm bands after a touchdown against the Denver Broncos on October 7th, 2012.

Over and above supporting breast cancer research by purchasing pink items that fund the Susan G. Komen project, there’s a really neat movement called “The Tutu Project”, whereby a New York based photographer named Bob Carey, takes self-portraits of himself wearing a pink tutu.  The NFL is endorsing The Tutu Project this month, whereby you may see Bob Carey on the football field wearing his pink tutu – specifically at MetLife Stadium, Lucas Oil Stadium, and University Of Phoenix Stadium.  His self-published book called “Ballerina” will showcase this series of images and is currently being pre-sold.  All net proceeds will be donated to women diagnosed with breast cancer.  Check it out! 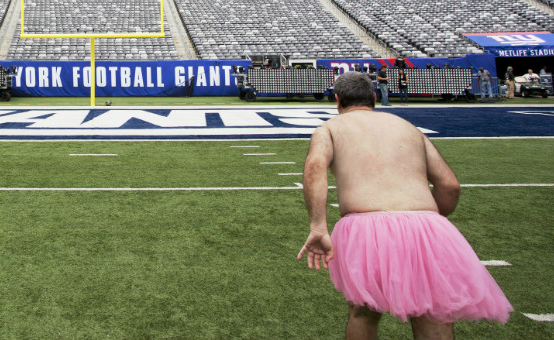 The Tutu Project, by NYC photographer Bob Carey, is being endorsed by The NFL during Breast Cancer Awareness Month

How will you support the breast cancer foundation?

Previous Post: « Introducing “New Female” – An Art Collab B/W A Photographer And A Painter
Next Post: Shop Our Favorite Chokers For This Fall/Winter Season »