RELATED POST: How To Dress Up As Your Favorite Style Icon On Halloween

Heidi has been known for rocking amazing Halloween garb over the years, from complete body suits to blue Indian goddesses, and hairy monkeys, this model mommy has a knack for detail and a vivid imagination.  Celebs have even been known to dress as other celebs, such as Matt Lauer, who dressed as Paris Hilton in 2004. And, we have to say, he did a pretty good job at portraying the socialite –> little doggie, blonde wig, and pink, pink, pink. Paris Hilton, much?

Of course, film characters are another idea. Vampire Diaries stunner, Nina Dobrev, dressed up as Harry Potter‘s Hermoine for Halloween in 2011 and didn’t stop at the ensemble…Dobrev even channeled the character’s hairdo.  Brownie points!  Elle Fanning went as Mary Poppins with umbrella and bird.  Celebs also show up on Halloween as things, such as kelly Osbourne who dressed as eggs and her ex-beau as bacon, and Kim Kardashian who partied at Lavo NIghtclub in Las Vegas as poison ivy.

RELATED POST: Dracula’s Dentures Are Gross Party Treats – Here’s How To Make Them!

Look through the images below to see more of our favorite Halloween costumes of all time and leave a comment below with your top look. What are you going to be dressing up for this year on October 31st?  Tweet us @nubry with a picture or post a pic on our facebook page on Wednesday and your costume might be featured on Nubry.

10 Celebrity Halloween Costumes In Past Years:

Alexa Chung dressed up as the French queen Marie Antoinette for 2008 Halloween. 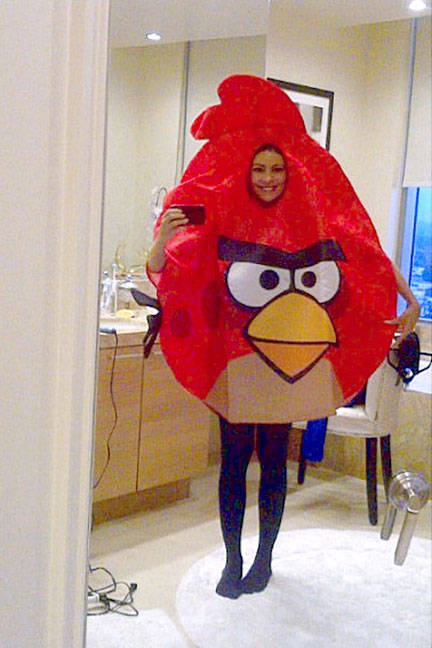 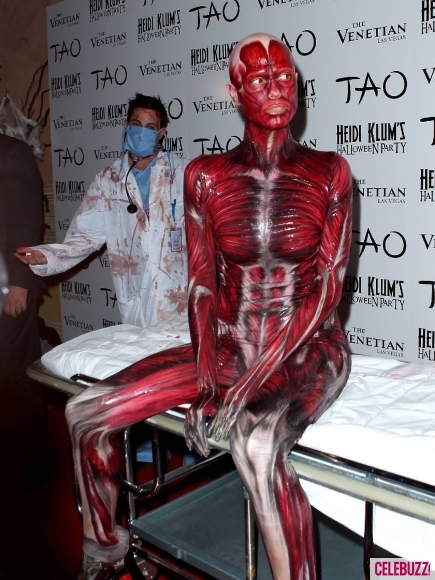 Supermodel Heidi Klum covers herself in an anatomic bodysuit at her 12th Annual Halloween Party at Tao Nightclub at The Venetian Resort and Casino in Las Vegas, Nevada. 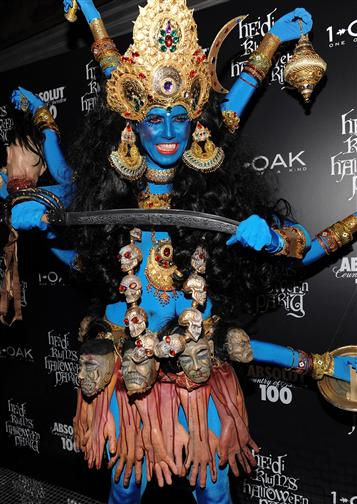 Heidi Klum dressed as the Indian goddess Kali for Halloween 2008. 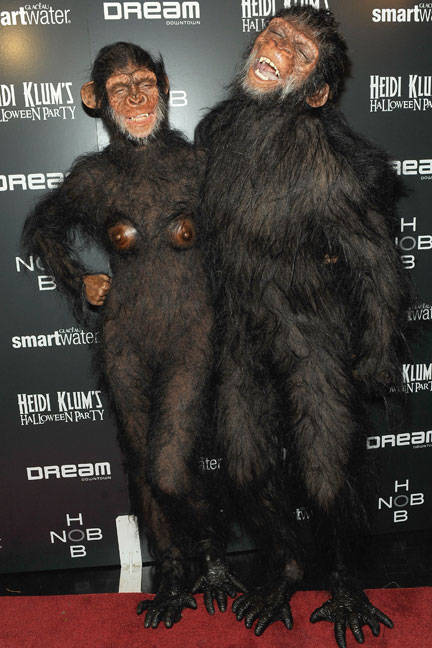 Heidi Klum and ex-husband Seal dressed as monkeys for their annual Halloween Bash in NYC, 2011. 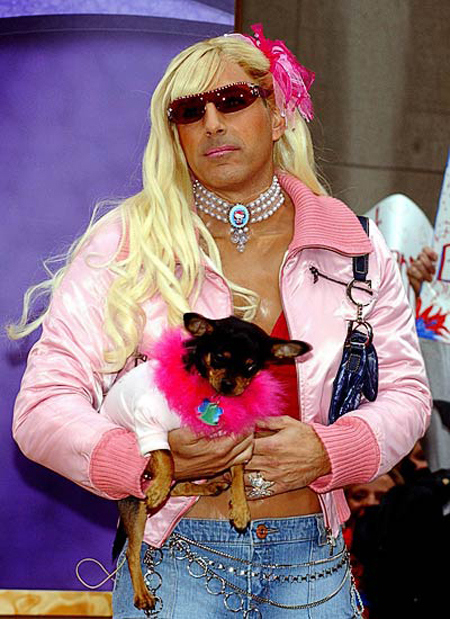 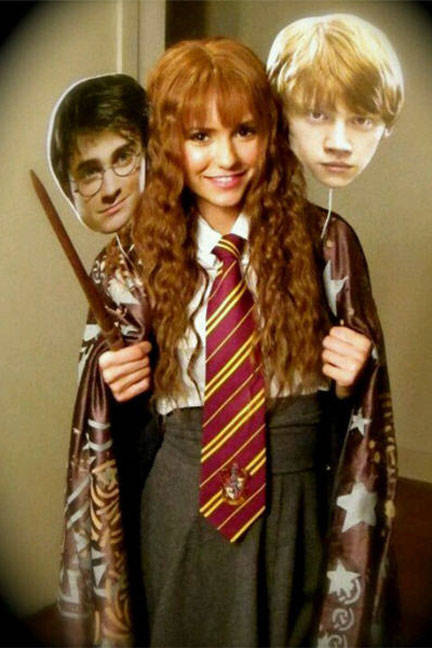 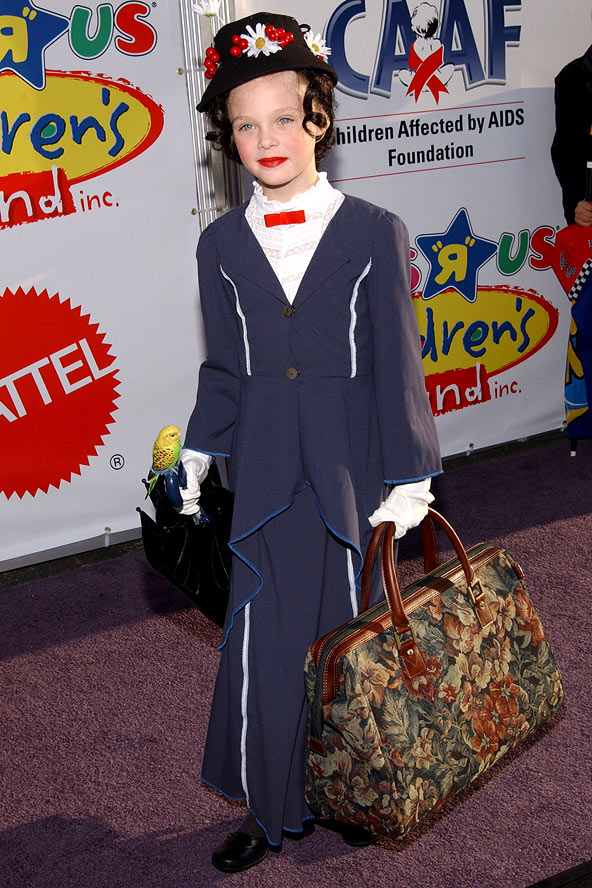 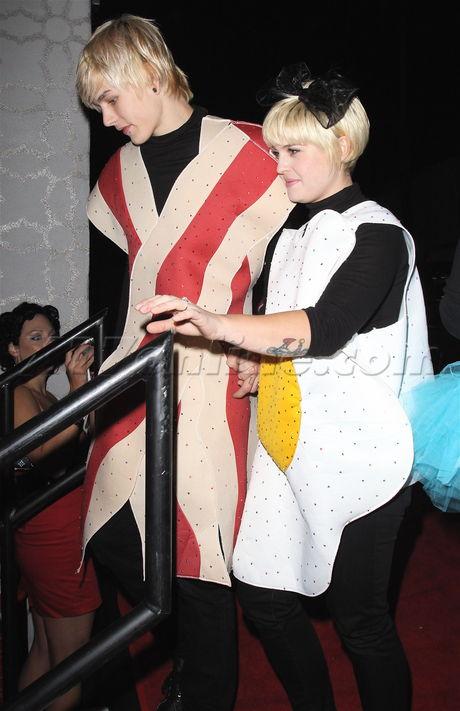 In 2009, Kelly Osbourne and her former beau Luke Warrall dressed as eggs and bacon for Halloween. 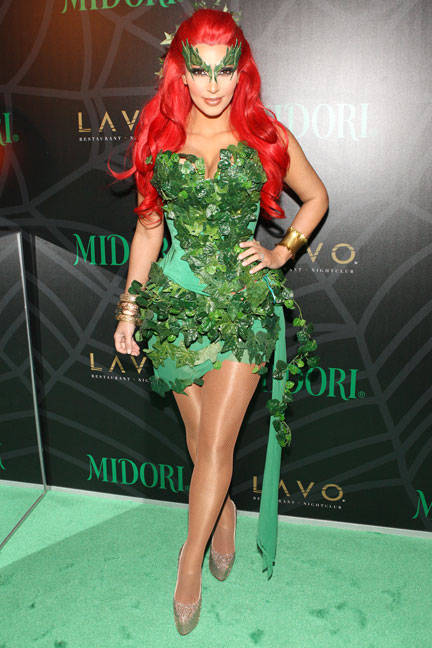 Kim Kardashian dressed as Poison Ivy for the Midori Green Halloween party at Lavo in NYC, 2011.

Previous Post: « Dracula Dentures Are Gross Halloween Party Treats – How To Make Them
Next Post: Surprise Your Friends With Toasted Pumpkin Seeds This Season »