Sharon’s Ride Run Walk attracted over 2,500 people to the Anza Cove in San Diego’s Mission Bay for a 5K ride/run/walk in support of the Epilepsy Foundation San Diego. San Diego hosts the largest Sharon’s Ride in the country! Sharon’s Ride founders, Dr. William Rosenfeld and Dr. Susan Lippmann, led the many teams throughout the event. Gretchen and myself had the honor of emceeing this event and we were truly humbled by the amount of people that were there to support the cause as well as the amount of money each team raised. 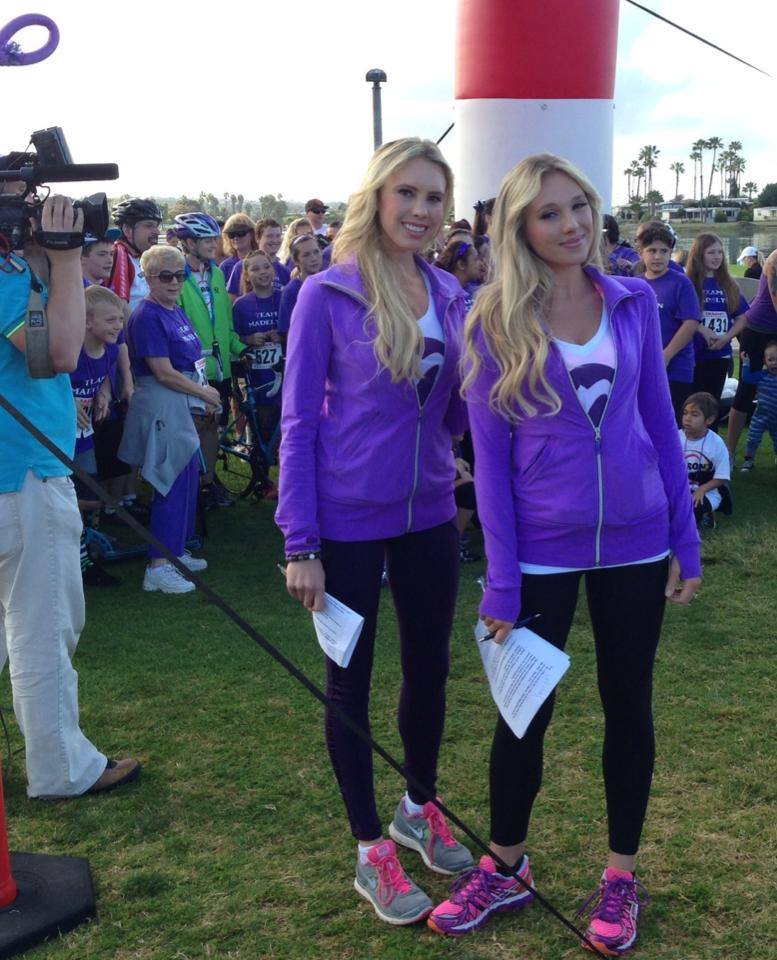 The Epilepsy Foundation of San Diego County offers services and programs to more than 50,000 San Diegans with seizure disorders. Epilepsy affects 3 million people in the United States and 50,000 people just in San Diego County. Sharon’s Ride is named for Sharon Rosenfeld, a nurse, teacher, and avid cyclist who was killed during a cross-country bicycle ride in 1993. Sharon’s brother, Dr. William Rosenfeld, and his wife, Dr. Susan Lippman, created Sharon’s Ride in her honor. Epilepsy affects people of all ages, from all walks of life. In most cases we do NOT know what causes epilepsy. Some known causes include head injuries, strokes, and brain infections.

Thank you to Epilepsy Foundation San Diego Executive Director, Kathy West, Susan Upchurch, Tess Mengel, Ginny Chacos, Kelley Grimes, Amara Burkesmith, Emma Lawson, Maggie McClain, and interns Christine and Paige!  Below, see a recap and photos from Sharon’s Ride.Run.Walk 2014.  Also below are details and ticket information about the upcoming Birds of A Feather Luncheon in support of The Epilepsy Foundation on May 15th.

On May 15, 2014, the Epilepsy Foundation will host Birds of A Feather Luncheon with a runway show produced by Leonard Simpson and Fashion Forward. Chairs: May Zawaideh, Lynda Kerr, Lena Zawaideh, Celebrity Chair,Kelly Emberg, and Honorary Chair, Jenny Craig. 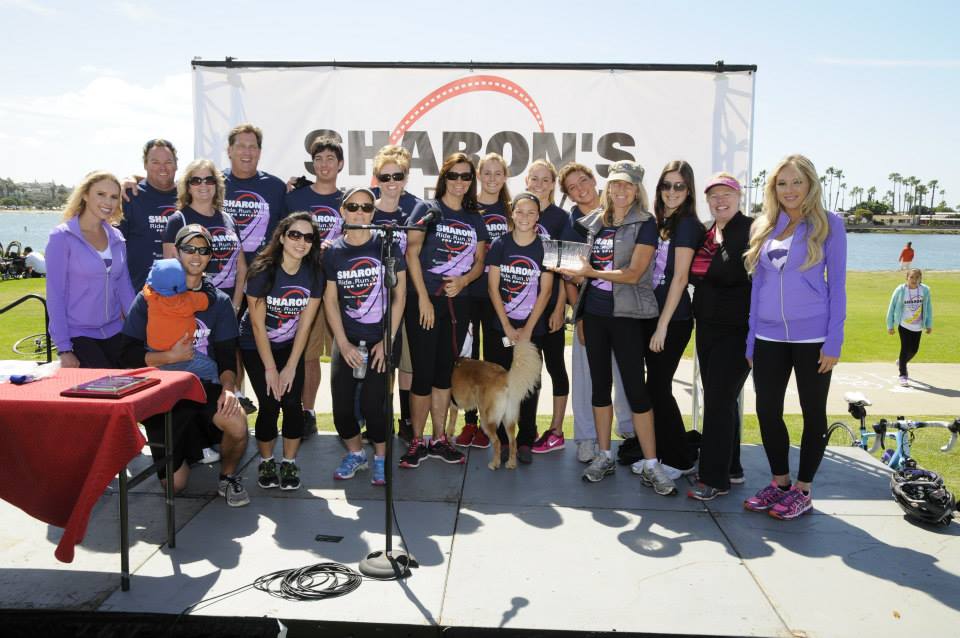 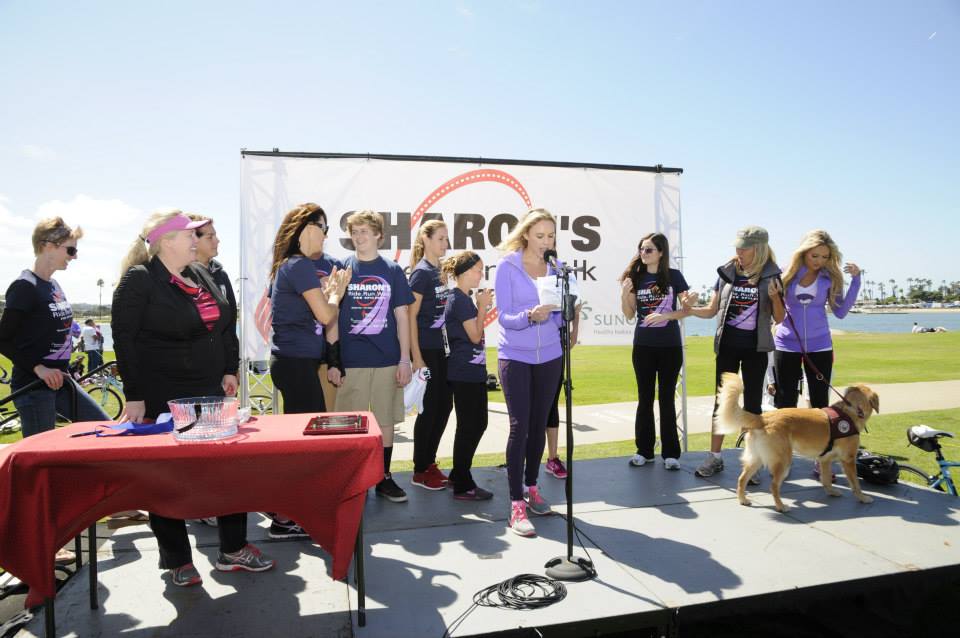 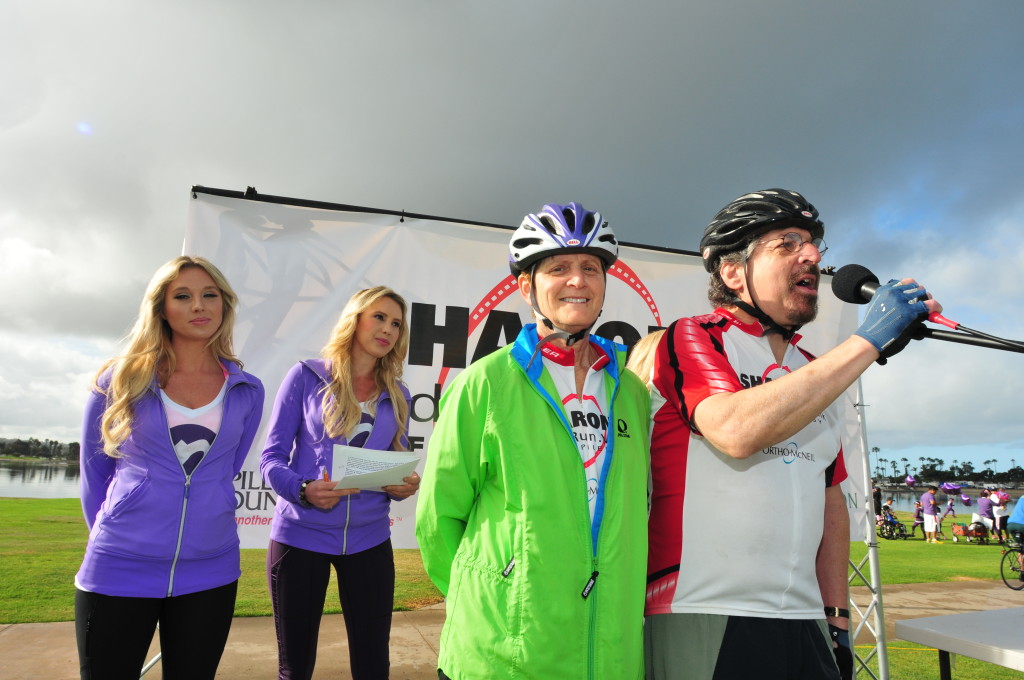 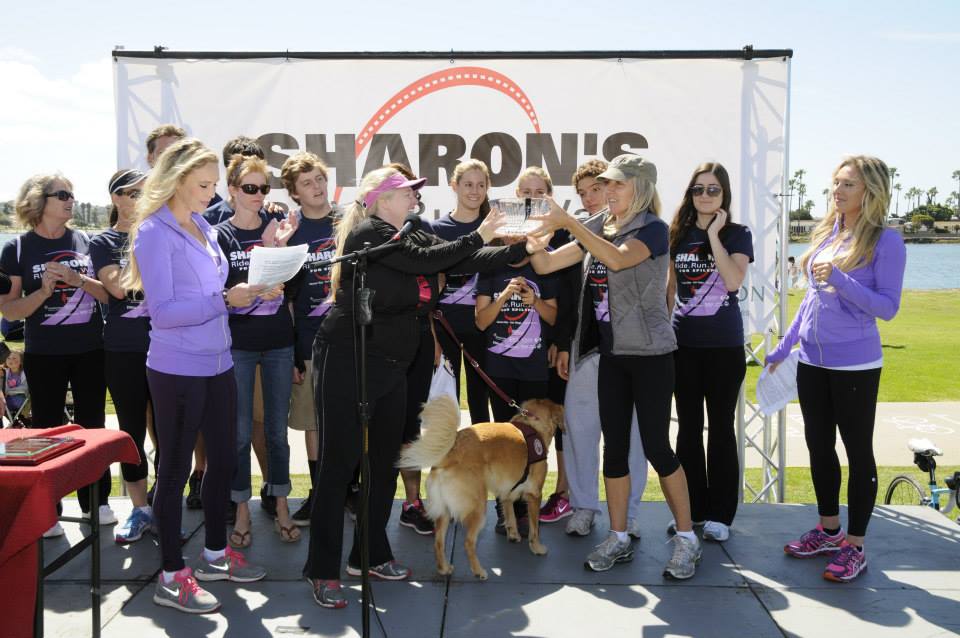 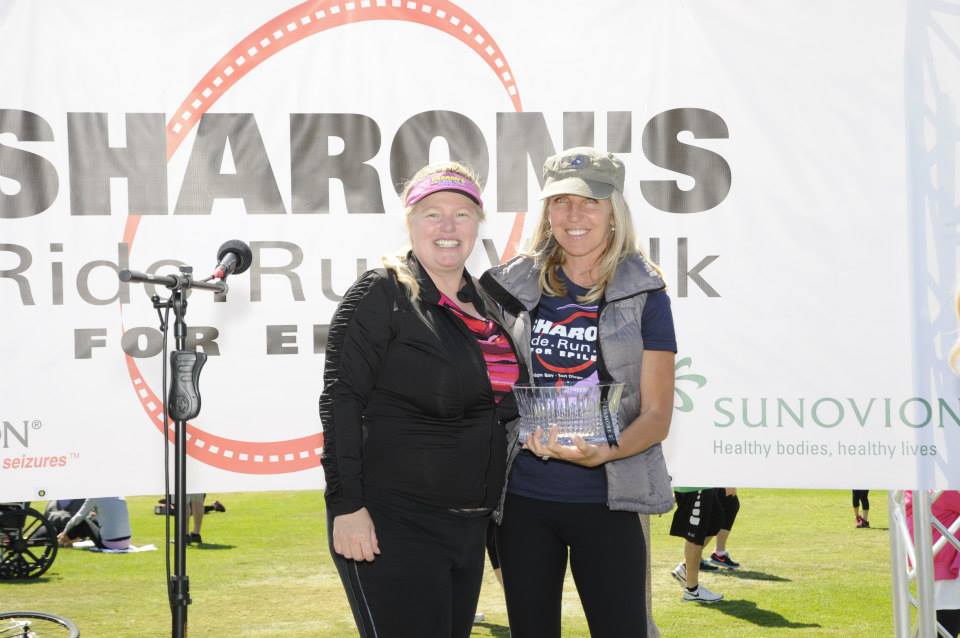 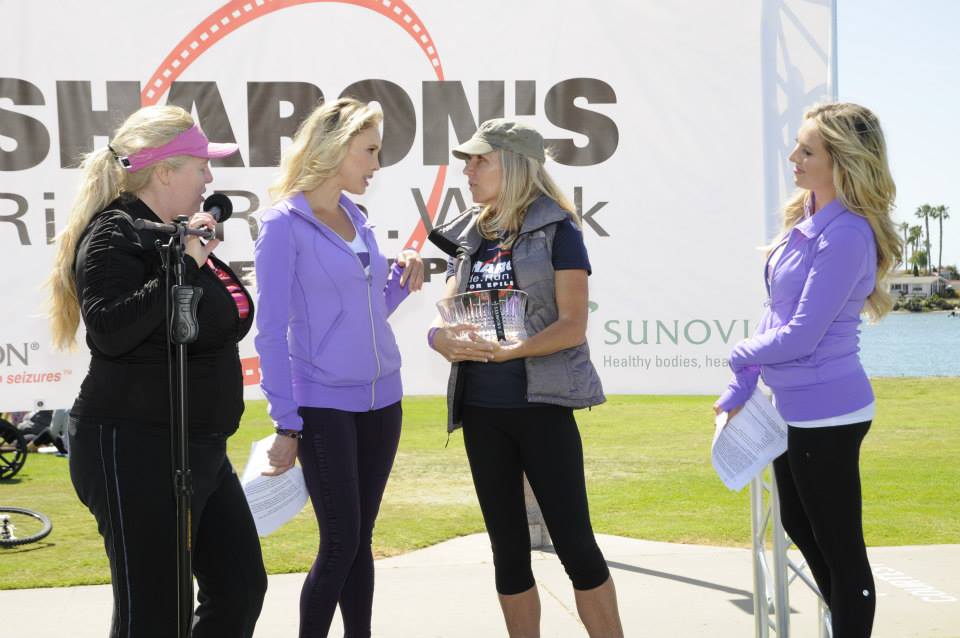 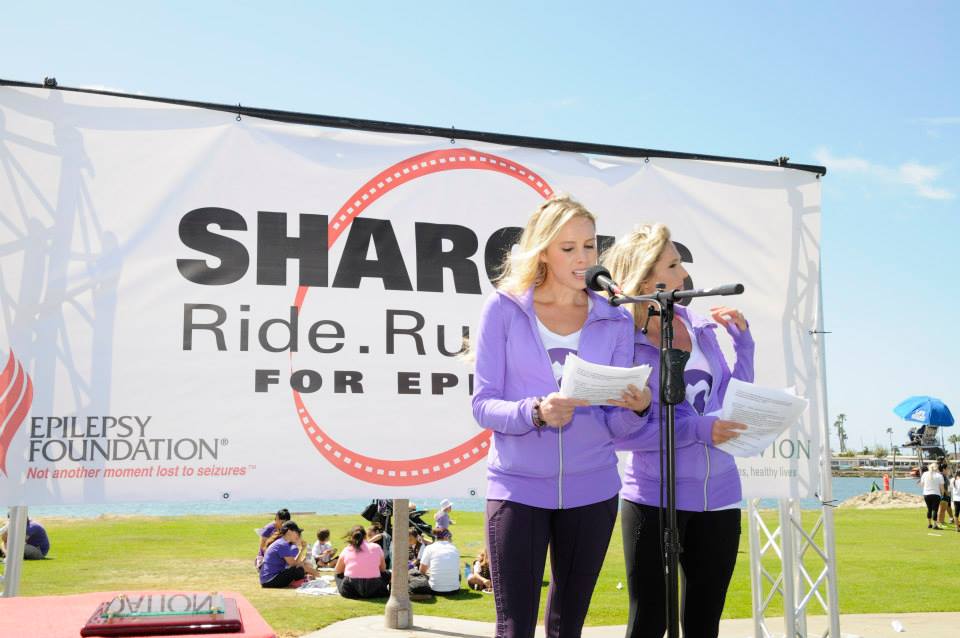 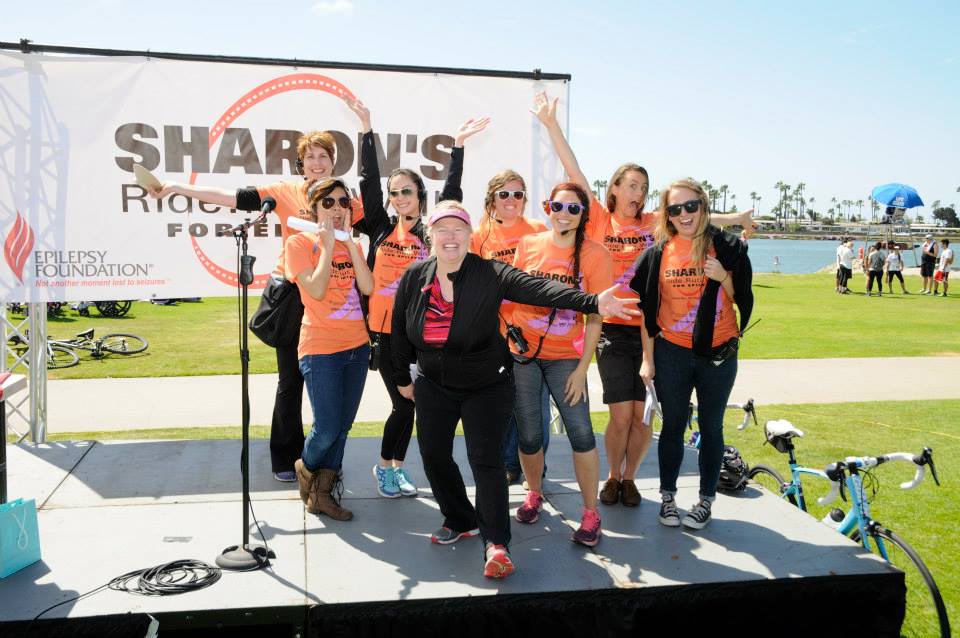 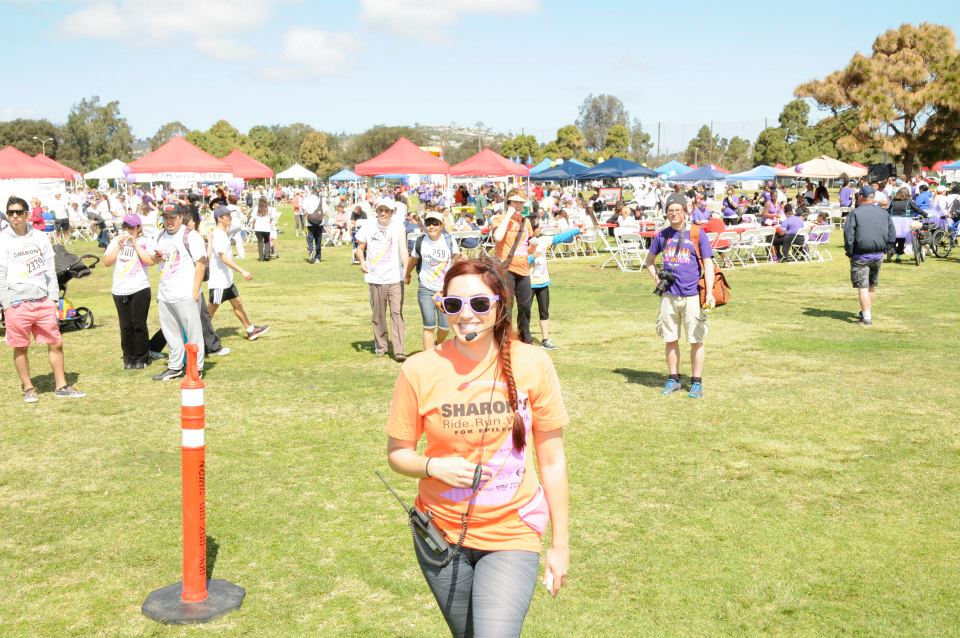 Ginny Chacos of The Epilepsy Foundation 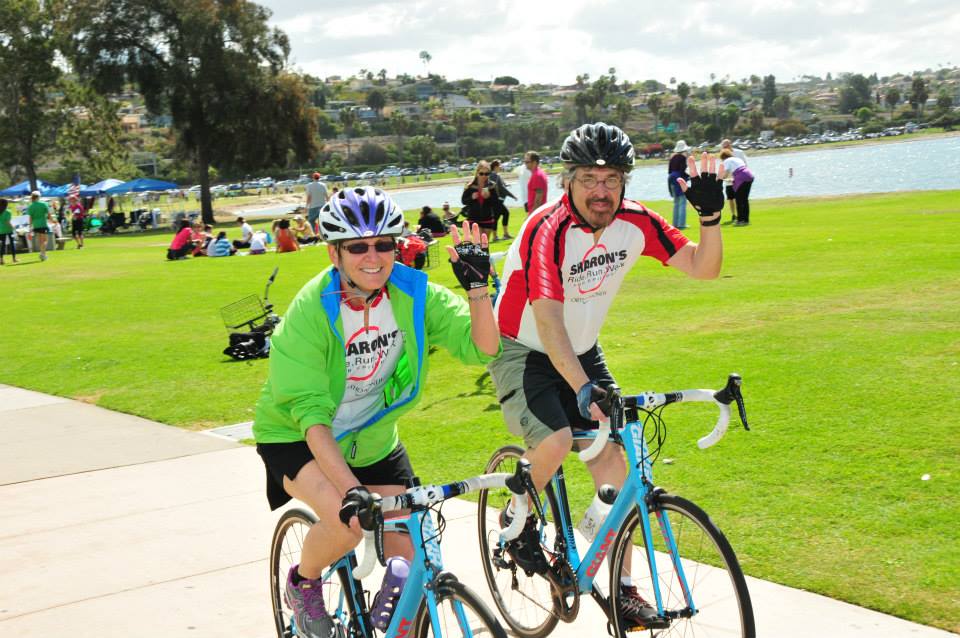 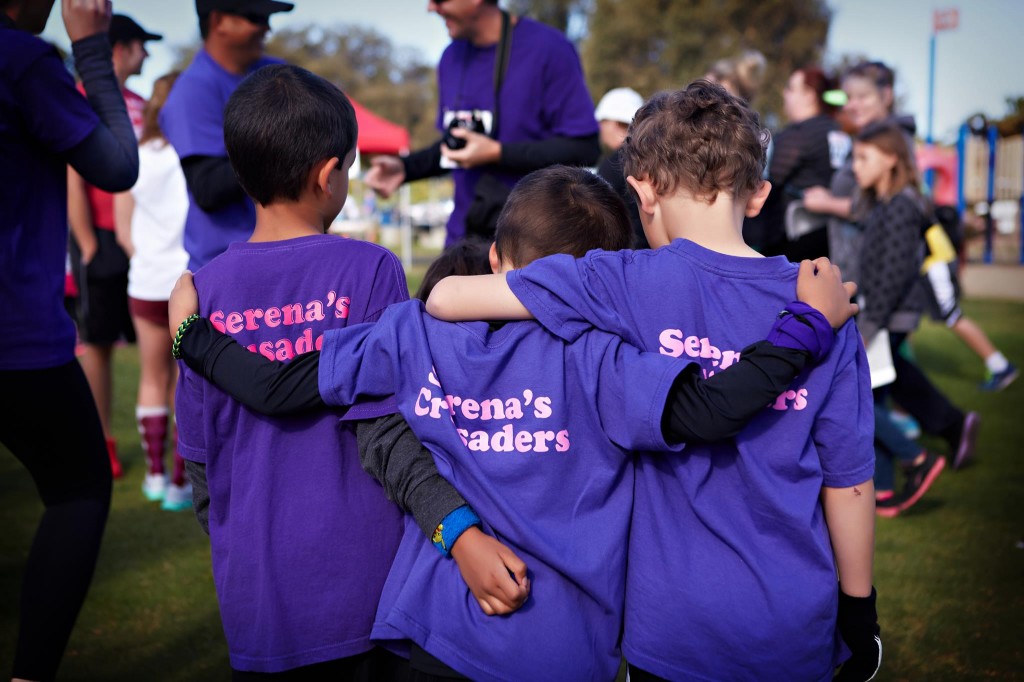 Team Serena’s Crusaders was one of the top 5 highest fundraising teams and also was the second largest team with over 150 people. 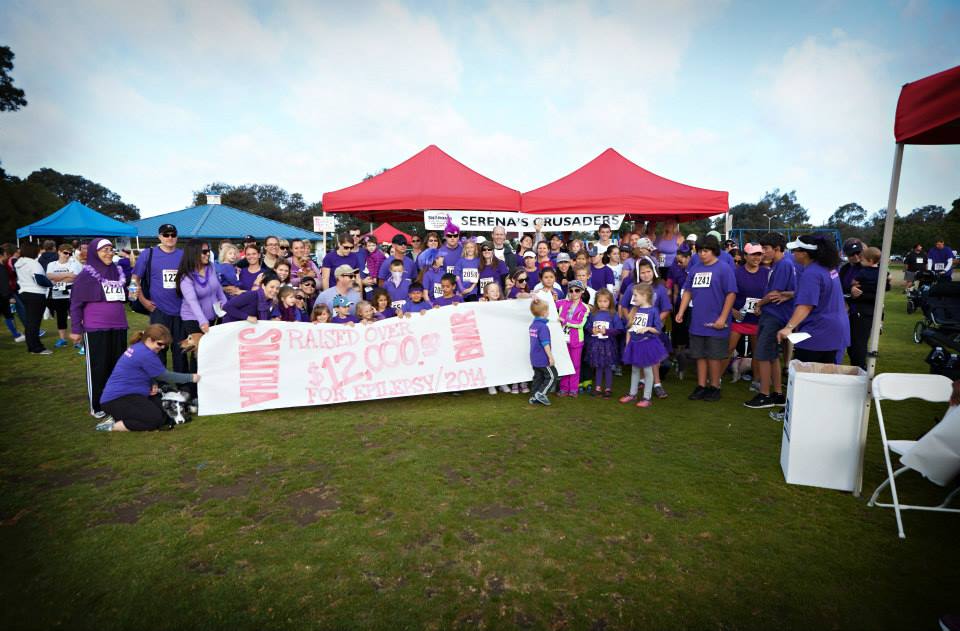 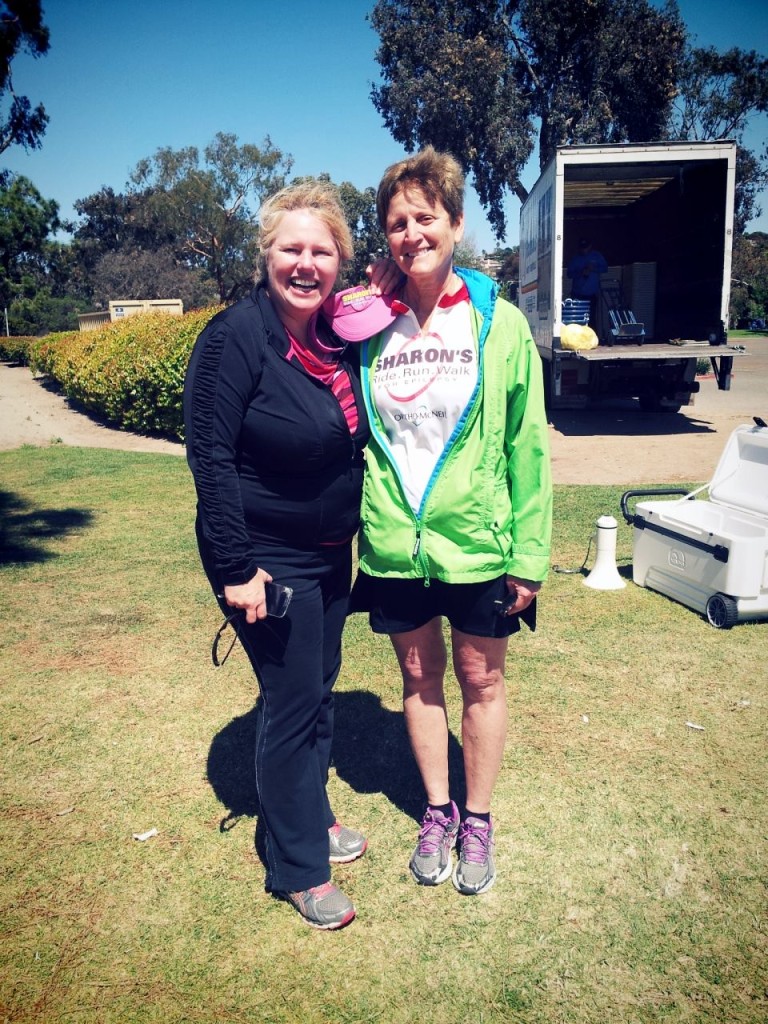 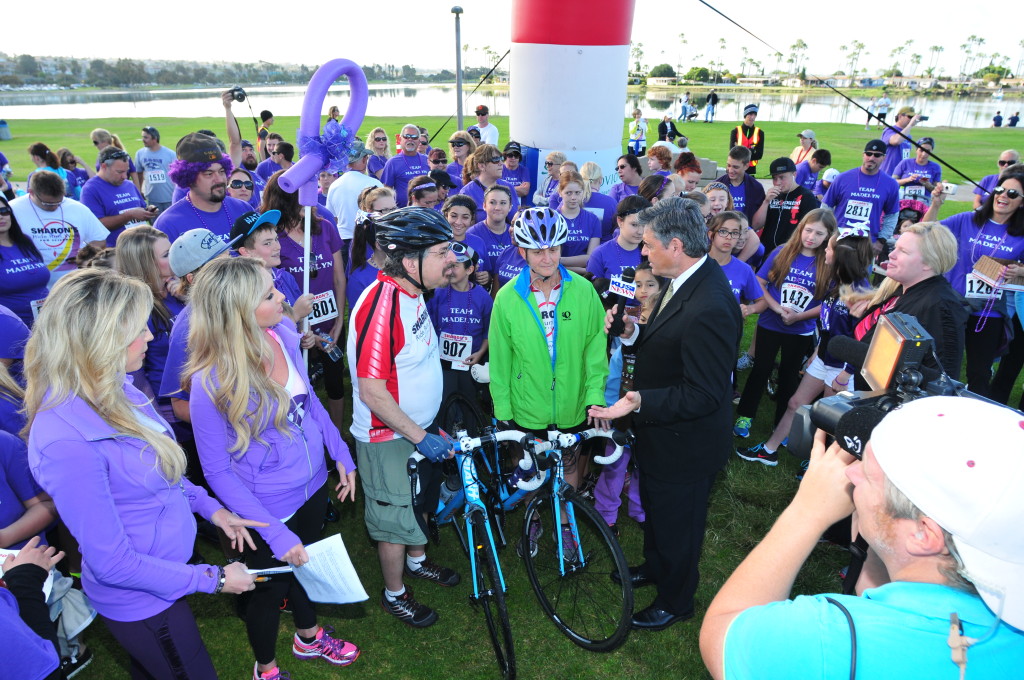 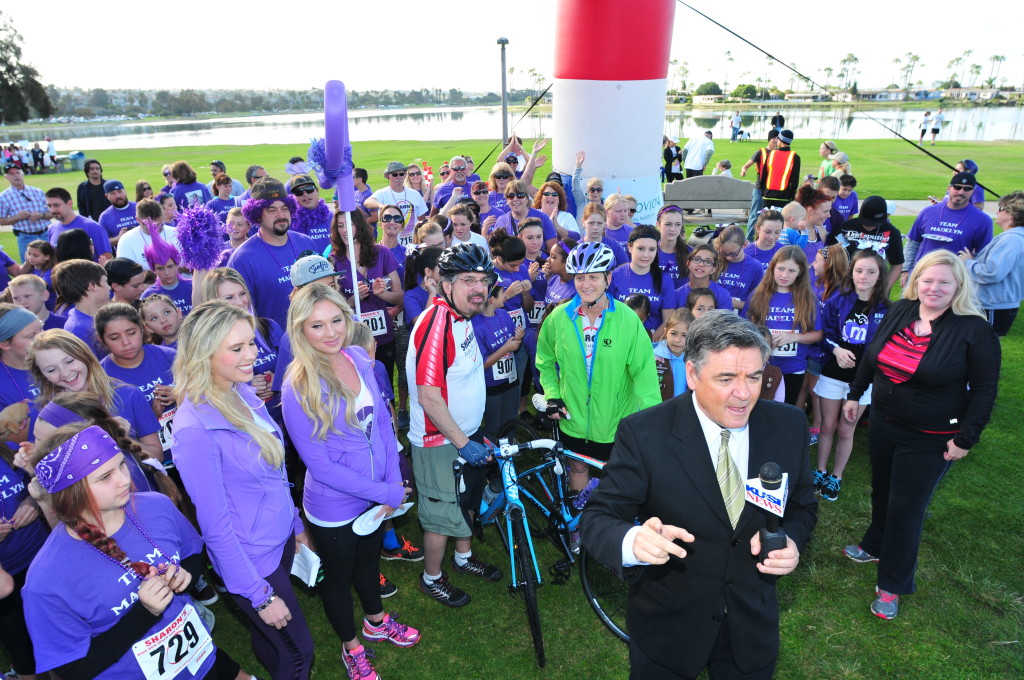 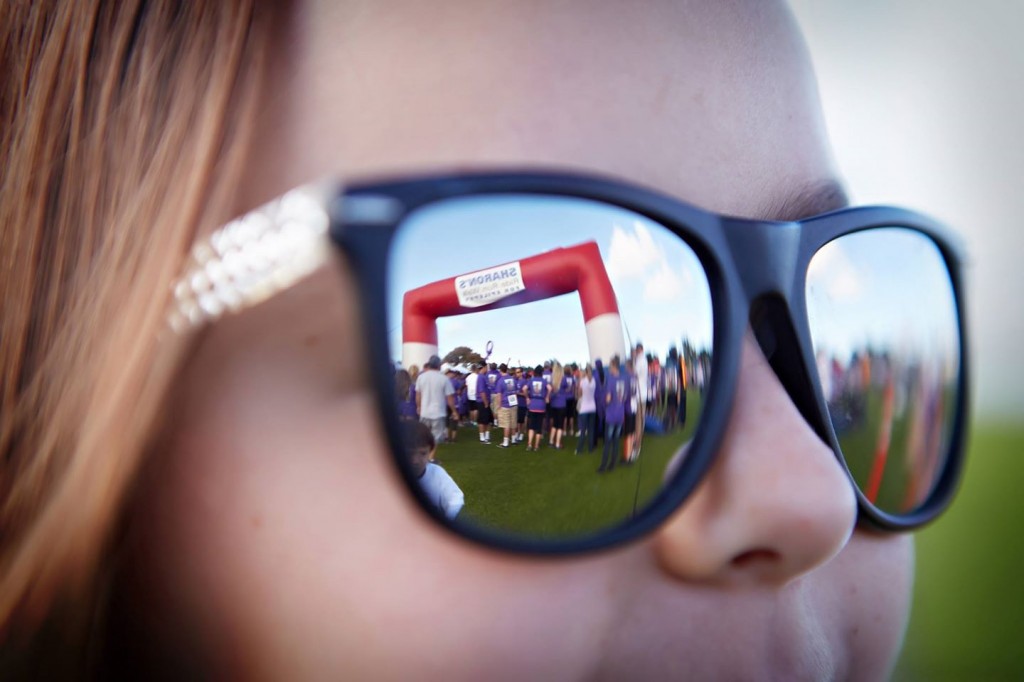 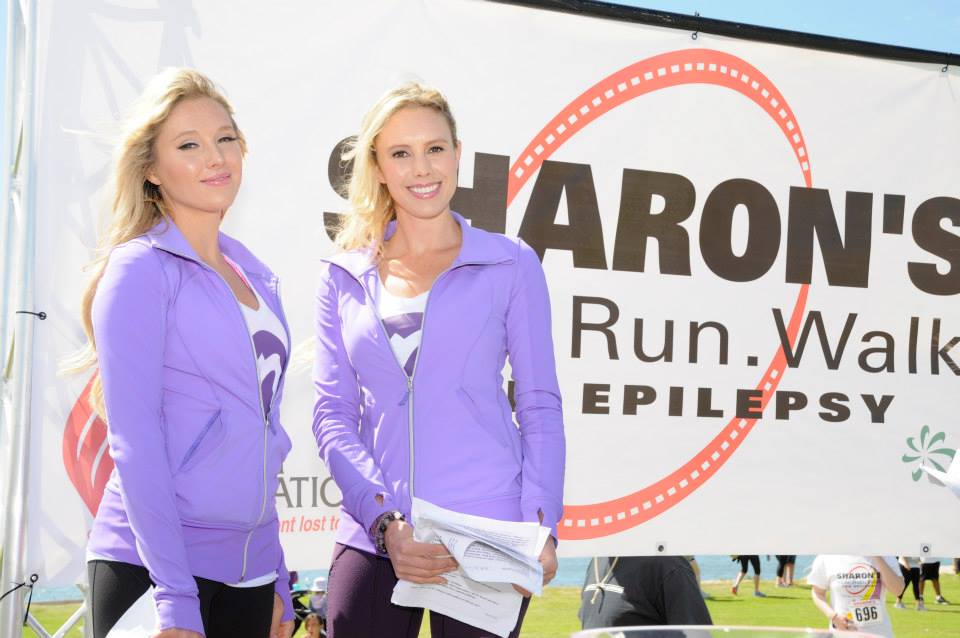 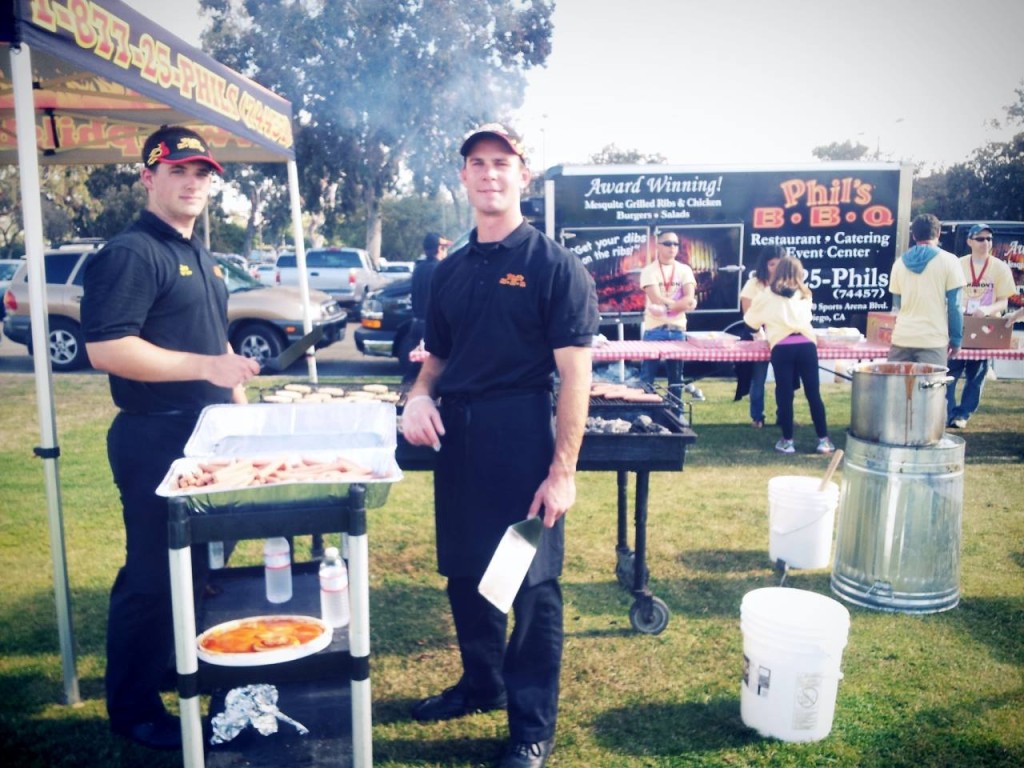 For more information or to get involved with The Epilepsy Foundation San Diego, click here.