If you have been to Park City and skied the Deer Valley and The Canyons resorts as well as had many fun nights on Main Street, then even you are in for something new, as Park City and Main Street transform to be unrecognizable during the Sundance Film Festival 2013.  Many of the hottest nightclubs and consumer product brands take over existing stores and venues to create their own pop up stores. Pop up stores have been seen at Park City Live (formerly Harry O’s), The Sky Lodge Hotel, The Park City’s Downstairs, The Eating Establishment and even the Village at the Lift in Park City previously had a 3 story TAO Las Vegas pop up experience. Additionally, the No Name Saloon will be fully intact for the festival.

The Sundance Film Festival started in 1985 by Robert Redford.  The event shows 20-some films in one theatre. Today, Sundance is a mini Las Vegas with celebrities jumping on the first jet out of L.A. to jumpstart the 11 day festival. Big brands supports the premier of low-budget films with huge experiential pop ups with lots of giveaways.  The festival opened last night and runs from January 17 – January 28, 2013. 119 films will be shown and when everyone is not seeing films, they will be partying all night long, visiting the pop ups and maybe having a little time to ski.

Below are some of the highlights from last night at Sundance and some of the pop ups you must visit.  Remember, try to get on as many guest lists before showing up. Lastly, if you are wondering what to wear in Park City during Sundance during the day, scroll down to see what Kate Bosworth, Liv Taylor and other celebs wore in years past. 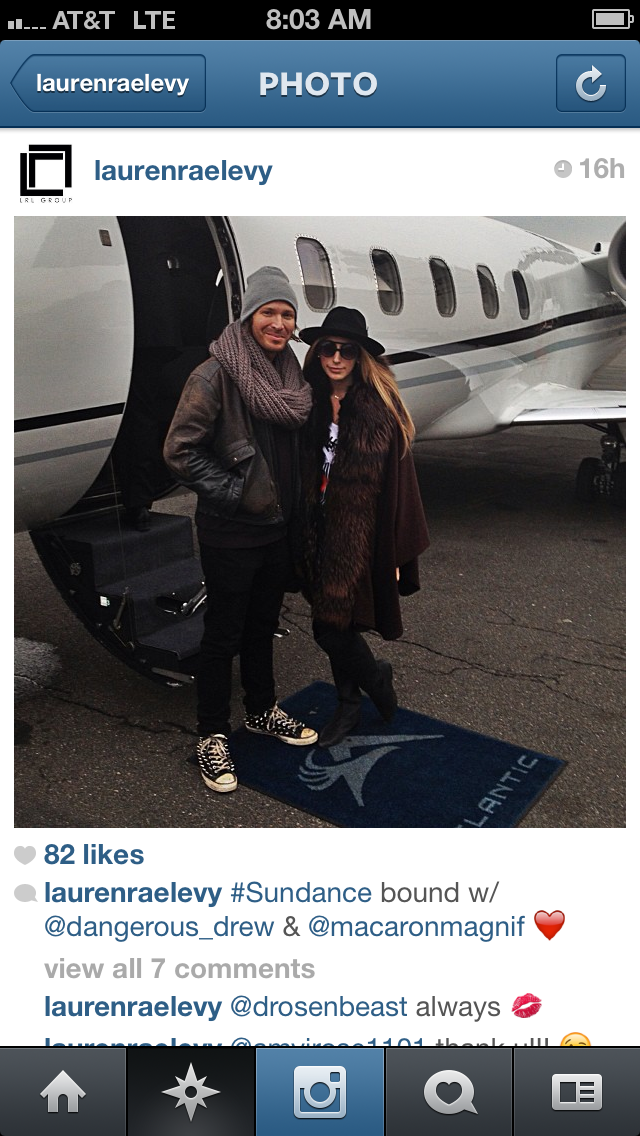 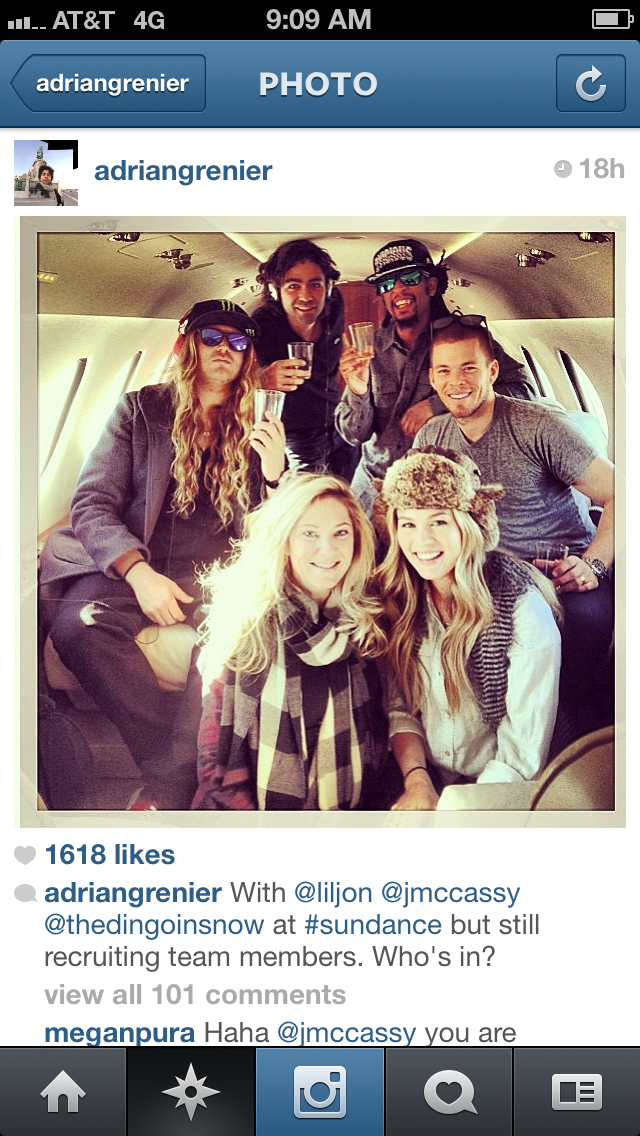 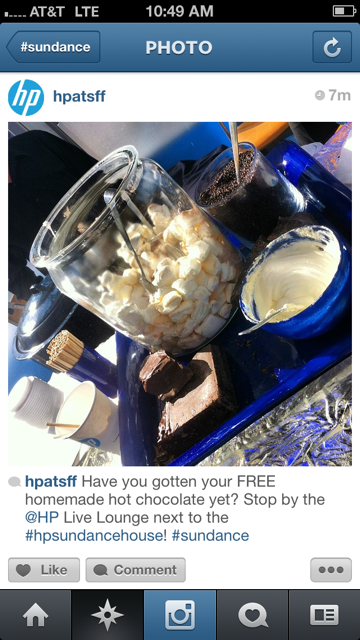 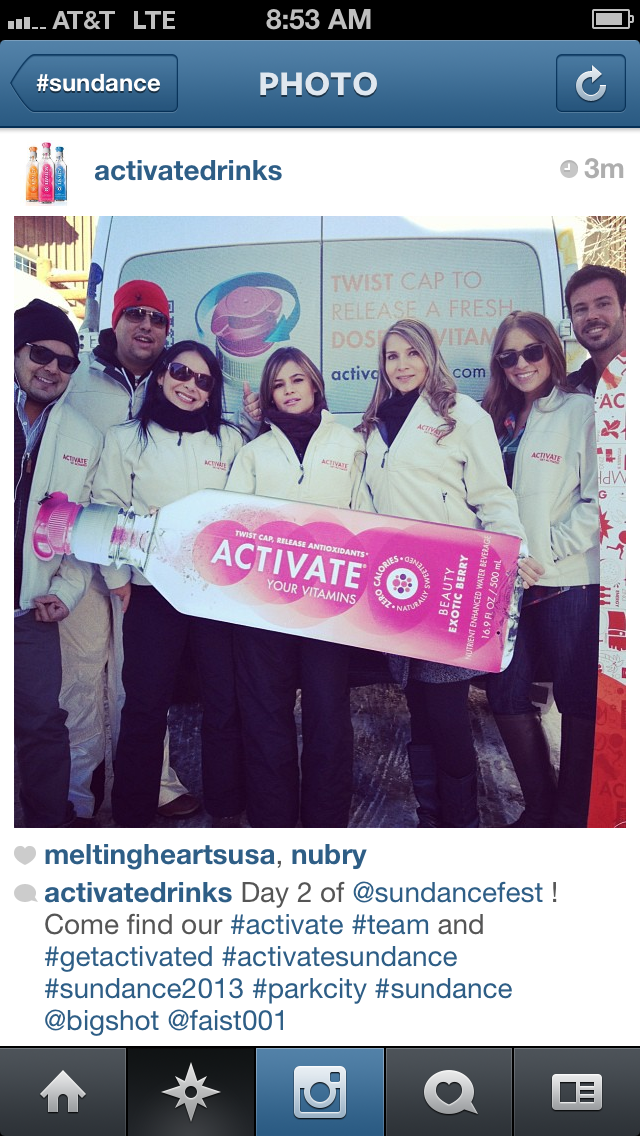 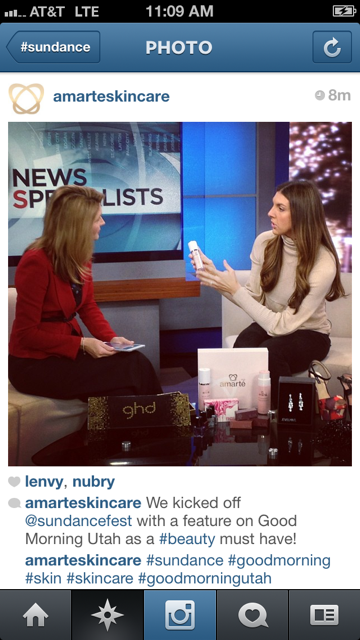 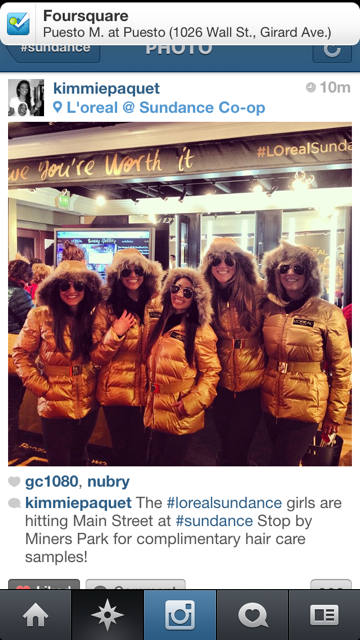 Loreal girls at the pop up in Sundance 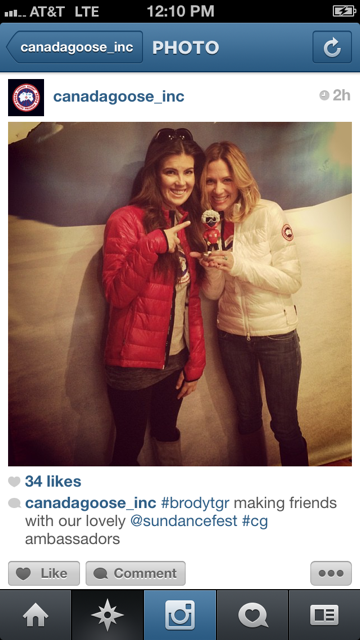 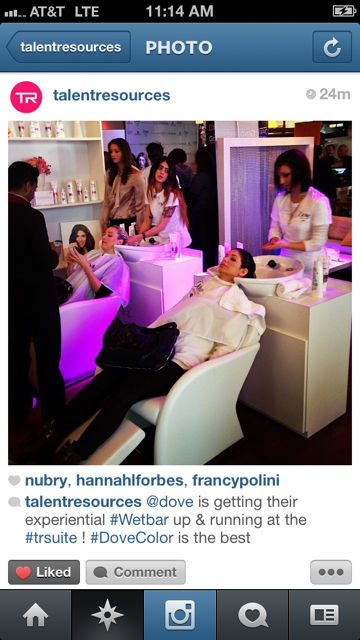 Dove has a pop up wetbar at Sundance 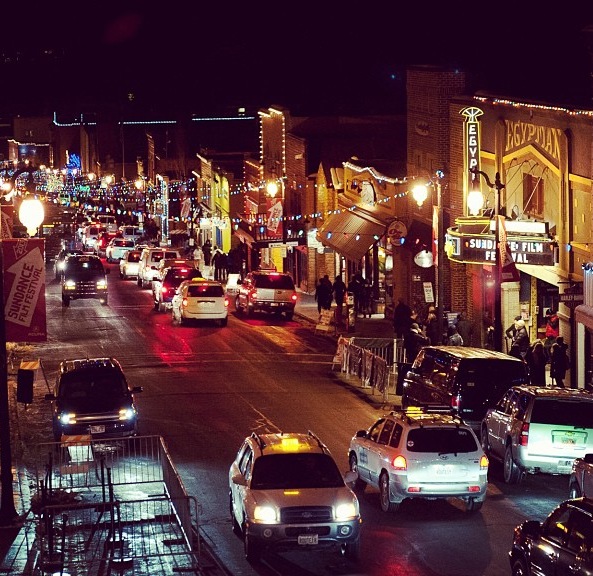 Main Street in Park City the night before Sundance 2013 starts! 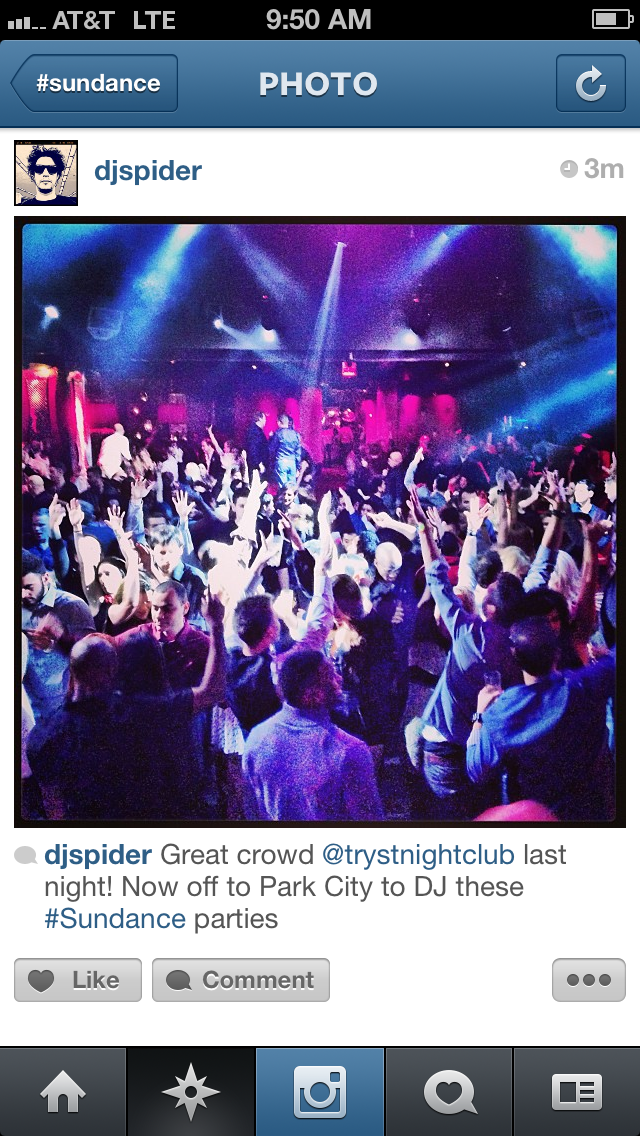 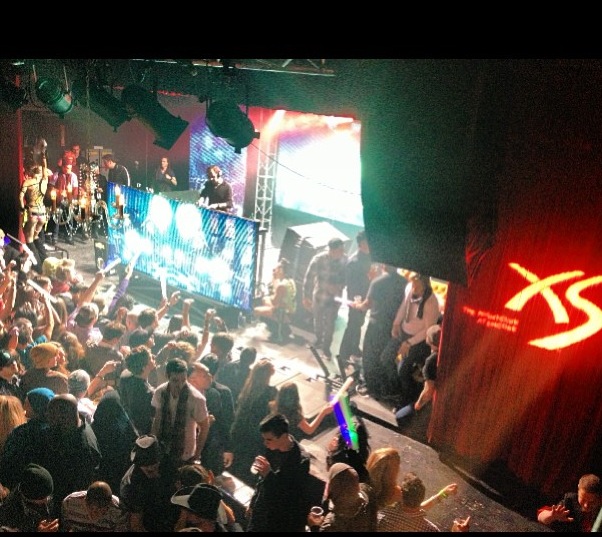 Park City Live consists of XS and Tryst during Sundance 2013 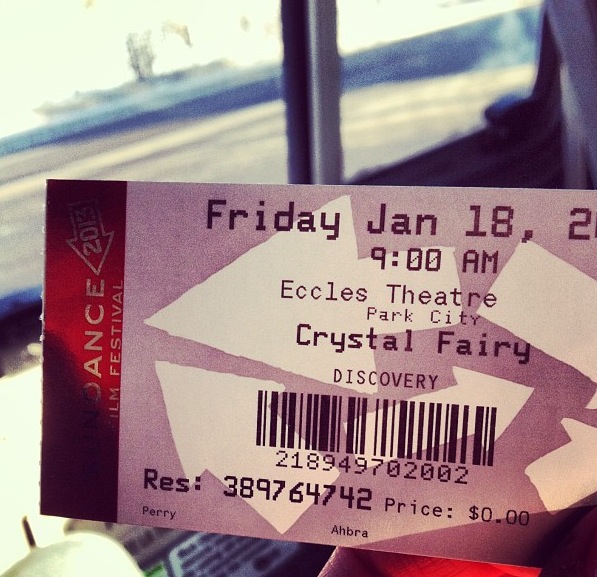 What Celebrities Wore To Sundance in 2012 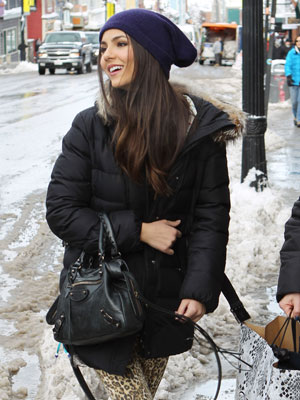 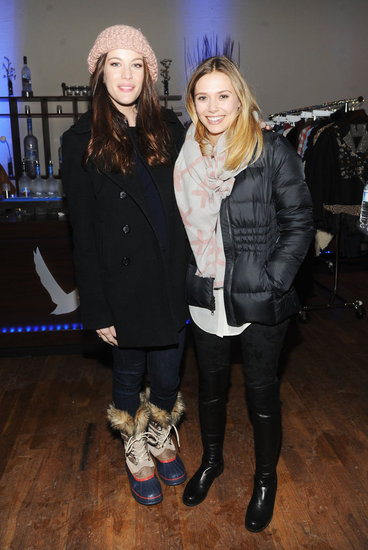 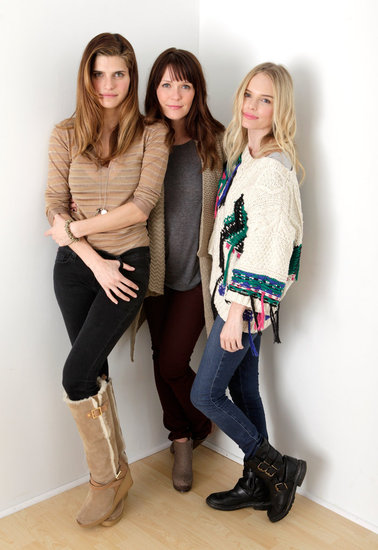 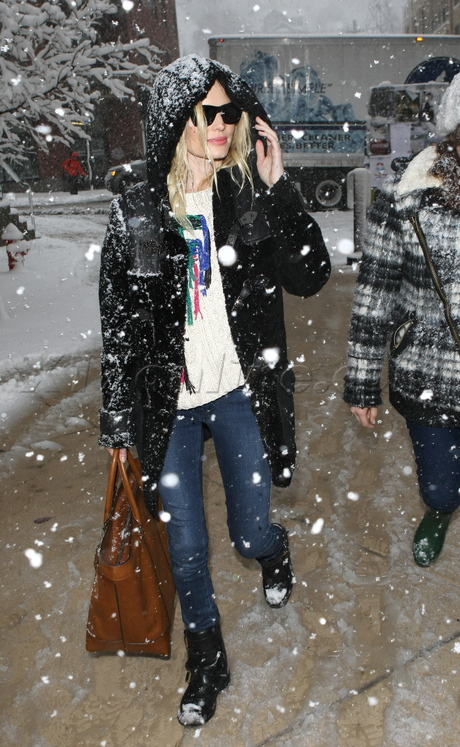 Kate Bosworth in a snowstorm at the Sundance Film Festival 2012

Previous Post: « Beach Coverups Seen On Celebrities And VS Angels In St Barts
Next Post: How Celebrities Wear The Fur Vest This Winter »