Wondering what to tell your man when he tells you next week that it’s that time again to get his bimonthly hair cut?  Tell him, “No!”  The hottest mens hairstyles as of late are all described by adjectives like long, shaggy, tousled, loose, and effortless — ohhh yes!  Although shaggy hair for men is trending right now, the men’s ponytail is definitely a goal to strive for as a male — but if your guy is constantly at the hair salon, he will never be able to achieve pony status!   Based on both New York Fashion Week Fall/Winter 2014 and Spring/Summer 2015 male hair trends, men’s hairstyles are proving to be longer, shaggier, cooler, and more #fabuluxe — and we have to admit that we’re totally loving it!  Look to Julien Chabbott, NYC entrepreneur, 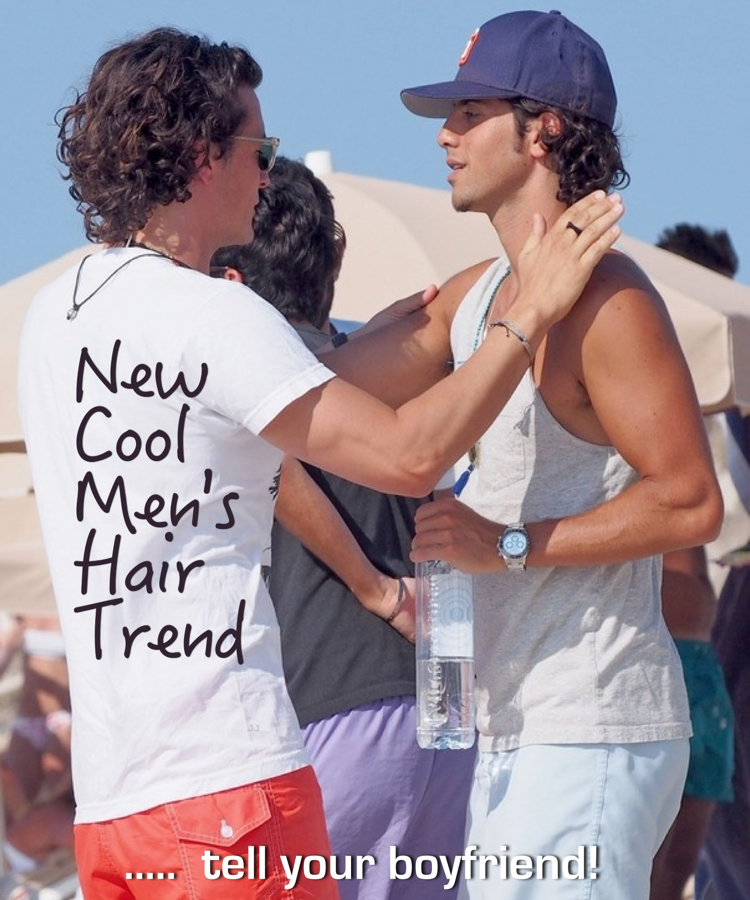 Look to Julien Chabbott and Orlando Bloom for tips on the latest mens hairstyle trend … shaggy!

or heartthrob Orlando Bloom for tips on how to do the shaggy men’s hairstyle.  Now for those with even loftier hair goals, look to Chris Hemsworth who does the polished ponytail quite nicely; however as Bruce Jenner recently stated on Keeping Up with The Kardashians, growing a pony can take upwards of 1.5 years!   Bruce should know, as he’s been sporting his own ponytail for some time now.

Take hair tips from Julien Chabbott who does the shaggy, messy-esque, tousled, weighted, and effortless hair style quite well.  Julien swears by Privé hair products, an all-organic, USA made product line by celebrity hair stylist, Laurent Dufourg, and his must-have is the Privé Styling Gel.

Below, get inspired by hairstyles on celebrity males and pick out your favorite for your guy…now, the question is, how will you persuade him to lose the shears for good?!  And hey — something to look forward to — your man will now have more dough in his wallet with saved trips to the salon and more hair bands on hand (yay for you)! 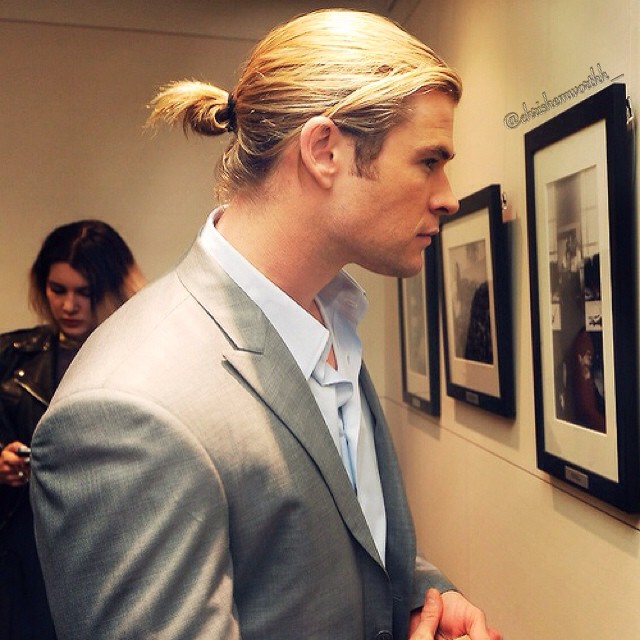 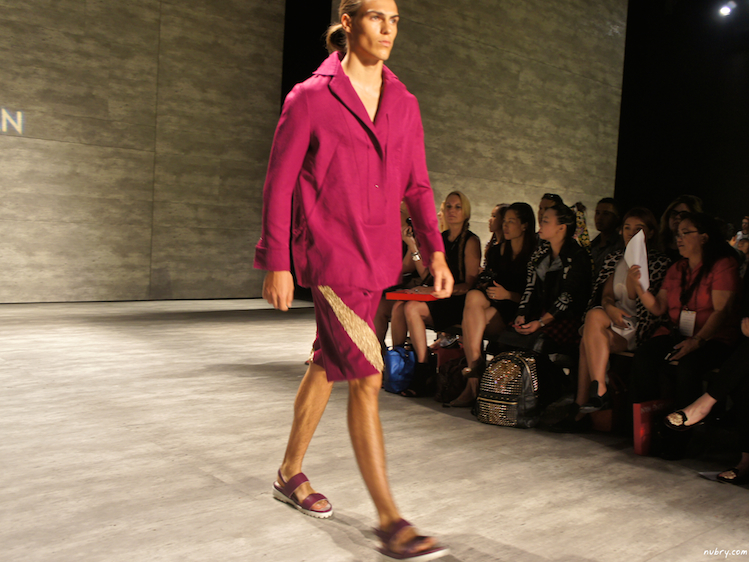