One word, Bun. It comes in so many shapes, sizes, styles, and names and we’re smitten for this Tin Man or ballerina-inspired hairstyle.  Depending on your mood, you may decide to opt for the “sock bun” – a girly, over-sized doughnut that sits atop your head – or, you may choose the “top knot” – a super high, tight, spiraled knot that’s super edgy – or, perhaps you like the “ballerina bun” – a classic, high bun that’s sophisticated and clean.  There are many more variations to these high buns such as messy, braided, or the addition of accessories, but it is the buns that sit atop one’s head that we’re purely interested in for the moment.

Below, we bring you photos of celebrities and fashion bloggers who have been sporting top knots, sock buns, and high ballerina buns since New York Fashion Week Spring 2013 and throughout the fall/winter season.  We’ve also included a step-by-step tutorial to help you create your own top knot slash ballerina bun, just like Kylie Jenner (below).  We love to see our fellow fashionistas sport these buns, so be sure to post a pic on our facebook page of your buns! 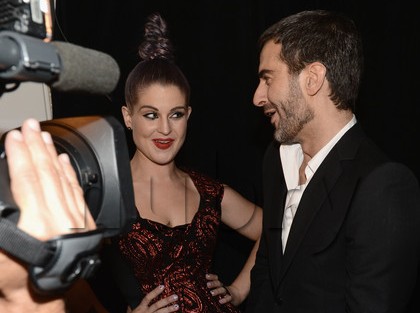 Kelly Osbourne wearing a lilac top knot atop her head, while talking with Marc Jacobs during New York Fashion Week 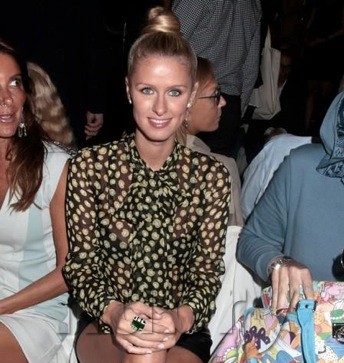 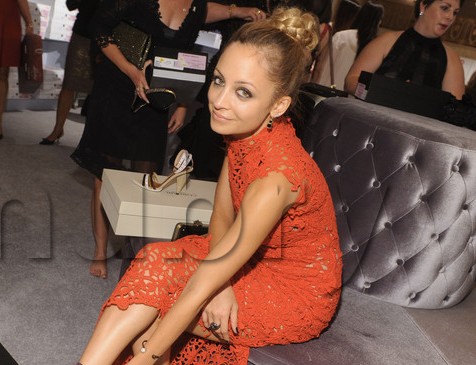 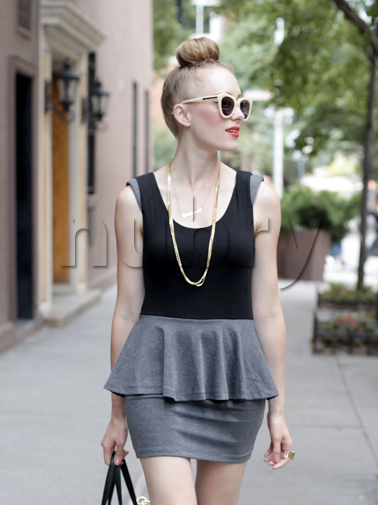 Kimberly Pesch of Eat.Sleep.Wear wears something in between a a high ballerina bun and top knot. 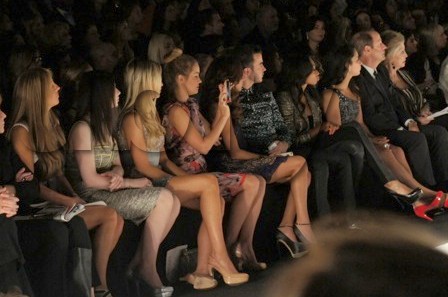 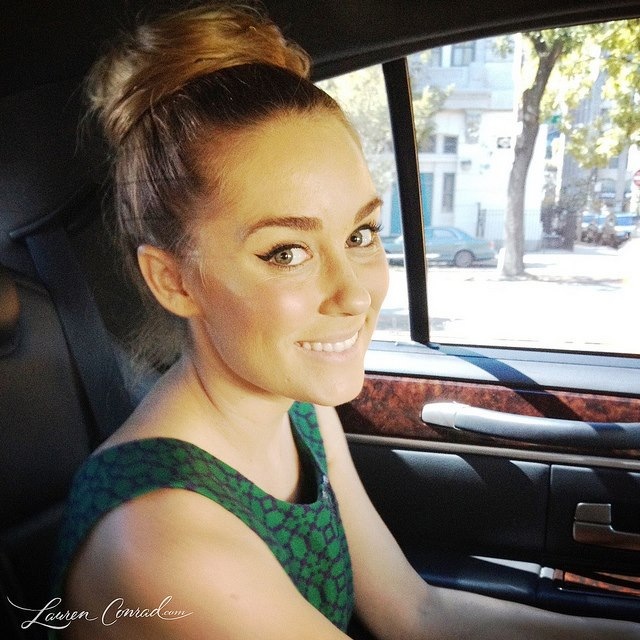 Lauren Conrad driving around NYC during New York Fashion Week with a take on the sock bun atop her head. 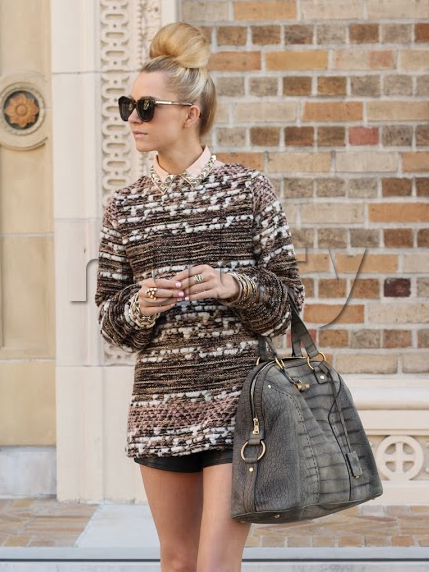 Blair Eadie of Atlantic-Pacific wearing a wide, half sock bun atop her head. 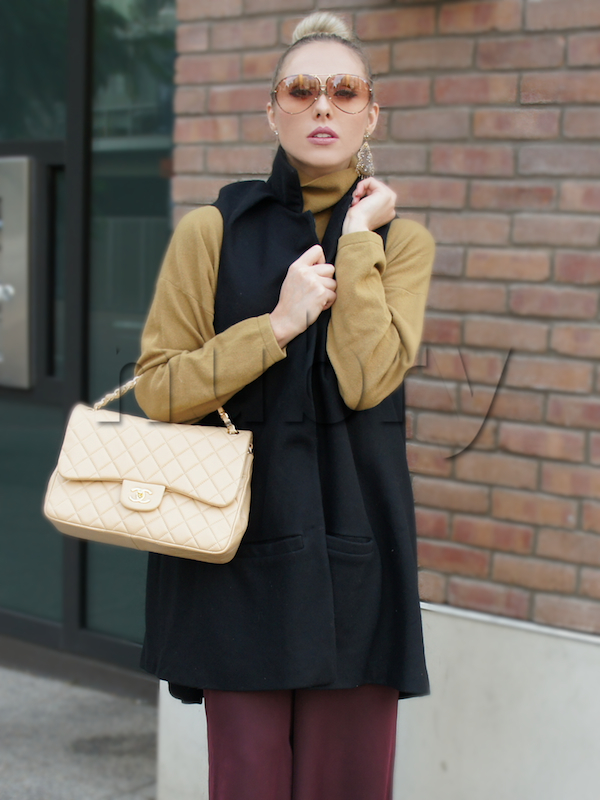 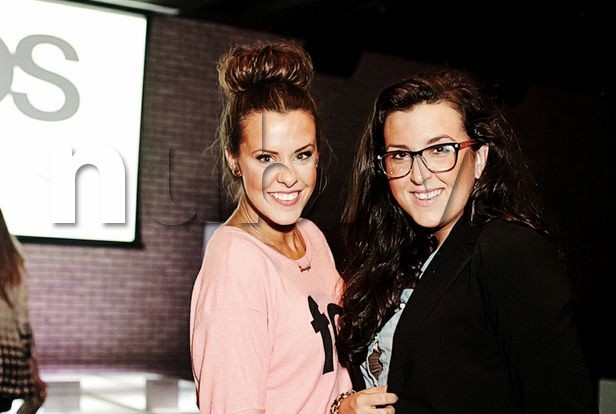 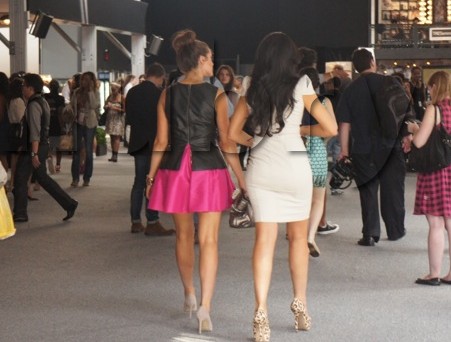 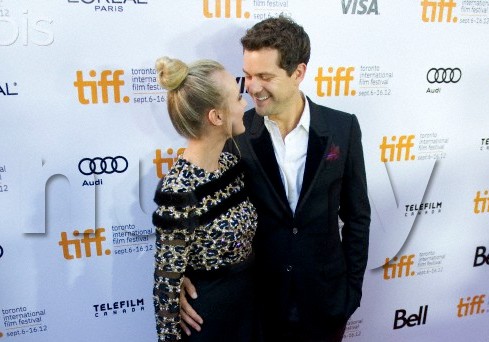 Diane Kruger wearing a high ballerina bun atop her head at The Toronto Film Festival. 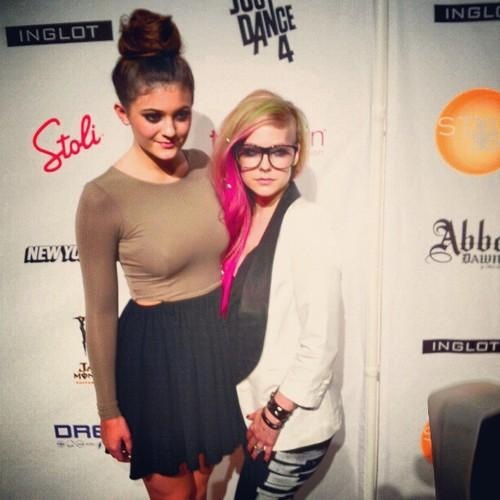 Kylie Jenner wearing a super thick ballerina bun atop her head, while posing with Avril Lavigne.

How To Make Your Own Top Knot Slash High Ballerina Bun Like Kylie Jenner:

Previous Post: « How To Make Baked Apples For Crisp Days During The Holidays
Next Post: Burrr! How To Wear A Jumper During The Chilly Months »